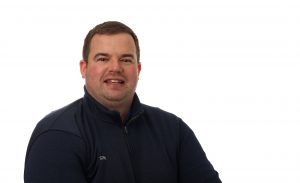 The challenge of recruiting and retaining high-calibre staff is well-documented, and the golf industry is certainly no different. Whilst having many positives, there are several issues that come with choosing greenkeeping as a career, and I speak from personal experience on this one. I firmly believe that implementing some simple changes could result in improvements that would make a massive difference.

Prior to working in sales and then joining STRI Group, I worked as a greenkeeper for fourteen years. This included an apprenticeship at Whitby Golf Club, a programme at the Ohio State University, work at Pinehurst and St Andrews, and then a permanent role at Sandburn Hall Golf Club in York.

Fourteen years at four golf clubs in two continents provided me with a good understanding of how clubs operate, and one challenge faced in the UK by almost all clubs is that they face issues with recruitment of greenkeepers. Since moving into an agronomy role and dealing with new golf clubs every week, the issue is increasingly evident.

Highlighting this may look hypocritical coming from somebody who left the greenkeeping industry, but I believe that I’m a prime example of why people end up seeking alternatives, meaning the industry loses people who have a passion for the role.

The chance to spend my working life in the great outdoors surrounded by stunning scenery, working in a sport that I was completely enamoured with and using my skills to make a positive impact was my idea of heaven. I still loved the greenkeeping role as I left the industry, but the practical side of the job was negatively impacting my work-life balance.

At 18 years old, dedicating a massive number of hours to work alongside my studies, whilst seeing my friends on double my salary was tough to swallow but I did it anyway, confident that the effort would pay off later down the line when I eventually worked my way to head greenkeeper.

In reality, ‘worked my way’ was the wrong phrase to use. It implies gradual progression towards a goal, whereas in reality, making head greenkeeper in the UK is very much all or nothing; making sacrifices to be ready for the role but with few incremental steps to follow, as most UK golf clubs consist of a head greenkeeper, a deputy, and maybe four assistant greenkeepers.

The security of tenure for head greenkeepers is a great thing, but one downside is it being the common target for anybody starting out in greenkeeping. If a head greenkeeper is in their mid-thirties, they’ll potentially be in role for 35 years, with a heavy turnover of staff below them struggling to find a path to progress.

Despite the love of the role, it’s difficult to ignore other industries when they come knocking. Eventually the practicality of a job in sales dragged me away from greenkeeping, with the offering of better pay, hours, and work-life balance. Thankfully, the agronomy and greenkeeping qualifications that I had achieved were transferable into another role where they were more recognised than in the industry that awarded them.

The problem is almost endemic to the UK, with my time in the US highlighting a completely different system for greenkeepers. Those with qualifications were closer to the top of the hierarchy, with people in head and deputy head greenkeeper roles having very good qualifications and skilled labourers below them. On face value, that appears to present more holes to jump through which may deter candidates, however I found that this approach introduces more committed applicants who see greenkeeping as a lifelong career.

Not only does recognising and rewarding qualifications improve staff retention and make the industry a more appealing career choice, it also encourages consistent upskilling. That, coupled with an incremental progression through the ranks would almost certainly reduce the number of candidates taking their skills and expertise elsewhere. In addition to that, the staff eventually reaching head greenkeeper role would be better prepared for the challenges of the job, as the experience of gently increased responsibilities would help to prepare people for the responsibility of the top job.

While experience is very important, I believe that the industry needs to place more emphasis on recognising qualifications to bring the next batch of greenkeeping staff through. The potential of young staff is evident and with the ‘old guard’ slowly retiring and moving on, the younger generation need to feel valued to recognise their potential. When so many are willing to put in their own resources and time to upskill, the potential for longevity in greenkeeping is there. For a long time, I thought greenkeeping was the best job in the world, and we can make it that way again by implementing a few simple changes.

STRI Group launched the Golf Environment Awards (GEAs) to recognise, reward and promote outstanding individuals and golf courses, for the time and effort they put into protecting and preserving their unique surroundings. With the ever-increasing spotlight on environmental matters, it is fundamentally important for golf courses worldwide to assess what they can do to achieve […]

As the year draws to a close, we take a look at just a few of our highlights from the year including sports pitches in the Middle East and rain gardens in Liverpool. We’re grateful for such a diverse range of opportunities which allow us to showcase our expertise and innovative solutions, and we can’t […]