StadiaPitch is a major research and development project for STRI, as part of a joint initiative with Bosch Rexroth, Hydro, Nutcracker Solutions, and the Norwegian Government. The aim of this initiative was to develop a modular pitch solution which included large moveable trays, an automated movement system and a bespoke turf storage facility. This was to allow teams to hold events with ease and facilitate a multievent operation model, thereby maximising revenue potential from stadium facilities.

The vision was to enable the stadium operator to switch from a stadium pitch to an event floor at the push of a button, turning traditional sports stadiums into multipurpose venues. Whether the stadium was new or existing, StadiaPitch would enable additional revenue on non-match days by making it available for concerts or other events.

The key aspect for STRI was ensuring that system allowed the pitches remained in pristine condition during their time away from the original venue, and even improving the state of the pitches if they weren’t up to the elite standard required. 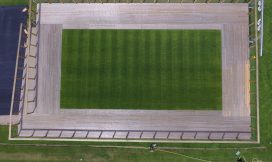 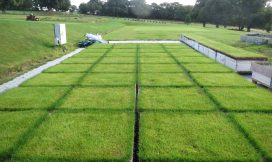 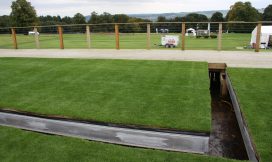 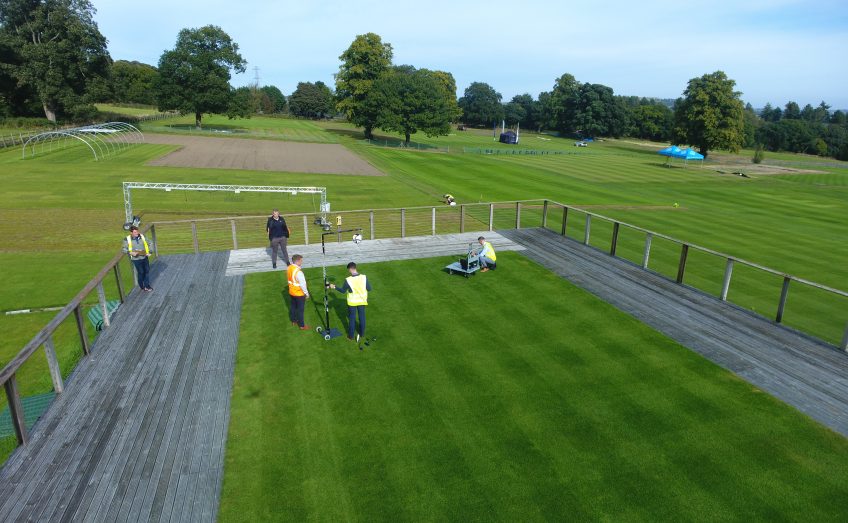 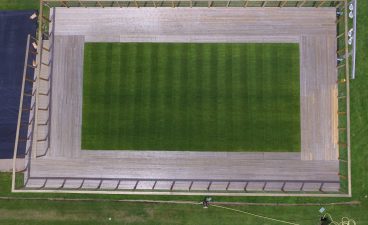 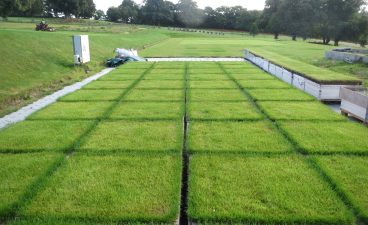 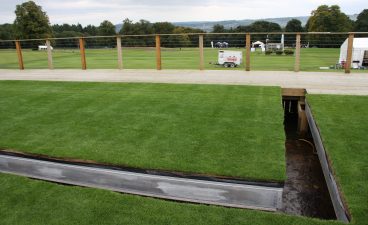 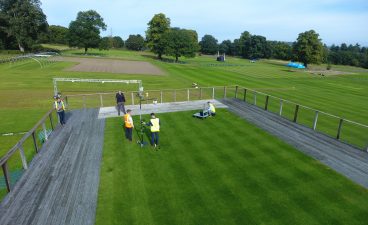 A major challenge for this initiative was that developing a large modular tray design had never been done before, and therefore seven years of research and development were required to ensure that design would meet the requirements for elite playing surfaces, whilst providing a flexible growing solution needed to store the pitch modules. Our research team achieved this by looking at the optimum design for the trays and how they would fit together, as well assessing various combinations of light, nutrients, airflow, temperature and humidity needed to support grass growing in a storage facility, with the latter research utilising six growth chambers that were specifically built for this project. The research also needed to be understood and communicated in a way that both stadium operators and turf managers could relate to and satisfy their inevitable questions.

In addition to keeping the surface in optimal conditions in storage, the space to fit the storage itself would be an issue. Space around stadia comes at a premium, therefore novel solutions for creating an integrated storage facility had to be thought about and be workable for both existing and new stadium developments.

The process of allowing a concert on a pitch is ordinarily a costly one, requiring a timeframe of up to four weeks to bring the surface back to its original condition; this would be even longer if the pitch required a complete resurfacing process. The design aim was incredibly ambitious, to have this process take less than a day.

When stadium managers cover the pitch during concerts with a temporary overlay, the grass underneath is usually damaged or even killed and often requires complete renovation to return the pitch to a high standard. However, StadiaPitch utilises a modular hybrid natural grass system which is transported from the arena’s event-ready concrete floor to pitch storage area by automated guided vehicles (AGVs). Once the pitch is stored, the storage facility ensures that the precise conditions for optimal turf growth are met to not only maintain the quality of the turf, but to also have the capability to improve it ahead of its reinstalment. The underlying concrete floor presents ample opportunities such as concerts, motor shows, corporate events or fashion shows.

With the StadiaPitch system, flexibility is key and the ability to have your natural grass pitch taken care of means that other sports surfaces can be installed for events. Recent times have seen expansions of major sports in to new and developing markets, an example of which being regular NFL fixtures being held in London at Tottenham Hotspurs’ new stadium. This is enabled by Tottenham Hotspur holding a new pitch underneath the existing playing surface which is then deployed ahead of the fixture, marked and played on before being replaced again by the existing football pitch.

The benefit of this to Tottenham Hotspur is huge, having enabled the club to sign a ten-year deal with the NFL for a minimum of two matches at the stadium per season. Tottenham’s average revenue from a Premier League match day is upwards of £800,000, and that’s before considering the Bottoms Up Beer, who provide technology to Tottenham’s catering team, claim that after the first ever NFL match at the stadium a new European record for beer sales was set, with £1m taken in beer sales alone. Additionally, Tottenham gained an NFL hosting fee per fixture and revenue from food and other drinks, as well as transforming their on-site megastore with 90% NFL products to appeal to the new market. When COVID-19 meant that NFL fixtures in London were halted, the club sold the additional natural grass pitch to Leeds United for £300,000 to offer a short-term fix to their pitch problems, allowing Tottenham to then regrow turf to replace this pitch and return it to storage prior to the return of NFL fixtures. All of this was achieved with absolutely no damage to their Premier League football pitch and substantially reduced time and effort than would have otherwise been possible.

While Tottenham store their NFL pitch underneath the existing surface, there are dozens of alternative possibilities that offer architects ultimate flexibility in design. For StadiaPitch, this flexibility comes from integrating the storage facility into a stadium construction, stand expansion or parking concept, or to house it externally in close proximity to the site. The level of flexibility is made even greater by the fact that StadiaPitch can deploy this service on a whole pitch, dual pitches or just a part of a pitch with custom bespoke tray sizes to provide operators with ultimate control for their stadium. The AGVs mean that this process is drastically more efficient in terms of time and personnel needed, with 1mm precision when removing or reinstalling the pitch resulting in no visible or noticeable gaps between sections of the pitch. Where normal procedure would take two or three days to change the pitch and up to four weeks of grass recovery, this can be achieved with StadiaPitch in less than half a day.

STRI Group has been an integral partner for the development of StadiaPitch, leveraging our research, design and turf expertise, with all of the turf research being carried out at our headquarters in Bingley.

World Cup 2022
Aspire Sports Turf, a joint venture between STRI & Aspire Zone Foundation was launched in 2015 to bolster sports turf expertise in Qatar. In the months following the launch, AST were awarded the design, construction supervision and maintenance supervision of all pitches for the 2022 World Cup.

Bruntwood Blue-Green Roof
Bruntwood Works' aim is to make their stylish office buildings as sustainable as possible, both inside and out. Therefore, the blue-green roof was retrofitted onto an existing roof and utilised Polypipe’s Polysync and Permavoid systems.