STRI was first engaged with Ilkley Tennis Club as part of an ongoing relationship with the Lawn Tennis Association (LTA) following the longstanding provision of consultancy, research and tournament support services to The All England Club. We were appointed to conduct consultancy visits at all County Week and Pre-Wimbledon events in the UK.

Since our initial involvement with Ilkley Tennis Club, we have continued to carry out agronomic visits to the site and have worked with them on a range of projects over the past eight years, eventually leading to our planning team delivering a 15-year masterplan which will enable the club to achieve its long-term objectives. 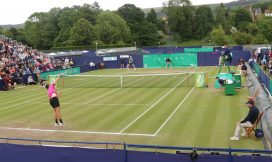 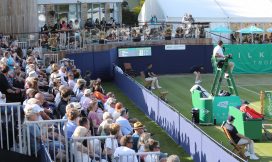 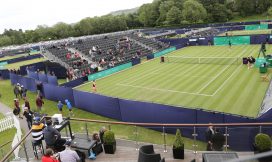 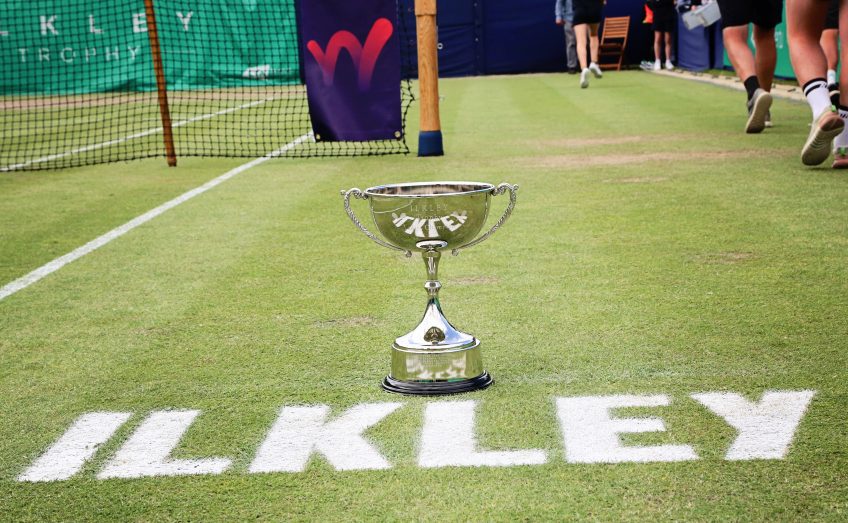 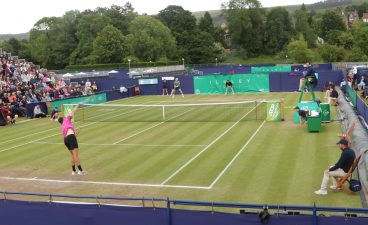 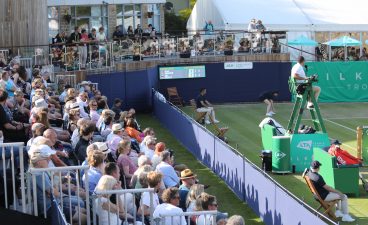 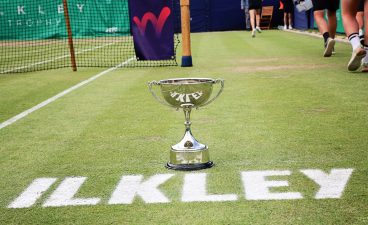 Through continuous improvement, Ilkley Tennis Club aspires to become the pre-eminent racket club in the North of England. This ambition encouraged the club to use our expertise to create a 15-year masterplan that aims to maximise the potential of the existing facility, with a phased investment plan for future improvements and new infrastructure.

Overall objectives are to be financially secure, increase membership, improve participation, whilst improving the facilities and general environment.

Following our initial consultancy service in 2014 we were engaged to re-surface the grass courts. This involved removal of existing vegetation, laser-levelling and reseeding. In addition, we designed a concrete ring beam system to enable the installation of rain covers to protect the courts from adverse weather, reducing the risk of postponements and giving groundstaff more control.

In 2017 we were engaged by the LTA, on behalf of Ilkley Tennis Club, to extend the playing area of the grass courts to facilitate wider paths between courts, and to ensure that space between courts conformed to ITF standards. This work included the construction of two new ring beams. We delivered the design and project management of the process, with detailed design of the courts including drawings, specification and bills of quantities being agreed upon with the client, prior to assisting the club in procuring a contractor. This was done through a tender package we managed on behalf of the club and sent out to contractors before working with the team to appoint the most appropriate contractor.

When construction commenced, we project-managed the build and closely supervised the construction of courts to ensure that all aspects of the build were completed to the agreed design and specification.

This strong working relationship resulted in us being engaged to create a 15-year masterplan in 2021. The masterplan is a staged and dynamic planning document providing a conceptual layout to guide future growth and development at the already prestigious club. This will help them achieve their key mission; ‘to be the pre-eminent rackets club in the North of England’. This is an ambitious but not unrealistic mission, and through our own benchmarking, we know that Ilkley is already one of the pre-eminent clubs in the North of England.

The masterplan outlines reconfiguration of outdoor courts to allow space for an upgrade of amenities such as the clubhouse, fitness centre and indoor courts. In addition, the aim is to begin the construction of four outdoor padel courts, to widen the club’s offering and attract more members. The masterplan gives a clear visual representation of how these changes will appear and function in the future.

The masterplan begins with analysis and understanding of the aspirations of the club, alongside use of our technical expertise in the tennis and racket sports arena, clearly articulating where new elements will be incorporated and visualising the results which will be seen upon completion of the works. Additionally, the masterplan is considerate of the supporting functions and amenities that will be required to allow the growth of the club, such as car parking and refreshments. Implementation of the plan will see Ilkley Tennis Club providing the highest standard of sports surfaces, with functional facilities to match, for the benefit of regulars and intermittent visitors of tournaments, enabling them to achieve their aspirations using a strategic approach.

The key objectives focus on being financially secure, increasing membership, improving participation, creating a powerful culture and brand, as well as improving the facilities. This should lead to the club being more successful in competitions, increasing junior membership and staging a bigger and better pre-Wimbledon tournament. The squash section of the club should also benefit from increased participation and competitive standards, attracting top-class coaching staff.

We are delighted to be working with the club in an ongoing partnership, and are fully equipped to support delivery of any aspects of the masterplan. This would be done by utilising our multi-skilled in-house teams alongside our sister brands Carrick Sports Construction and the Environmental Protection Group (part of STRI Group) to provide construction and environmental capabilities.

Harrogate Town AFC
The excitement of a potential long-awaited promotion to League 2 was met with a realisation that there’d be some big changes needed at the club to conform to EFL rules should they achieve it – one of which being that their synthetic home pitch would need to be replaced with a natural turf pitch.