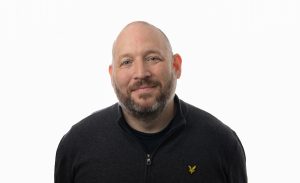 The climate is changing faster than ever as a direct result of human activity, and we know that action is needed. With COP27 currently ongoing, the spotlight is on world leaders and the actions that will be taken at the highest level to tackle the multi-faceted climate crisis.

The seeds of the climate emergency were planted in the early 1800s, when humans began releasing carbon into the atmosphere during the industrial revolution. In simple terms, carbon traps solar energy without releasing it (the greenhouse effect), meaning more energy in the environment, which in turn means more extreme weather events at both ends of the scale. Much of the focus is on the increasing temperature of the planet, prolonged periods of drought, and its impact on the world we live in, however while the UK will experience unprecedented periods of drought it will also experience significantly experience more extreme storm events and flooding.

Aside from the immediate threat to life posed by these events, they’re also leading to serious health risks by directly affecting our water systems. Our sewer systems are now well over 100 years old, having been designed to handle the rainfall levels of that time rather than the higher levels we see today. To counteract overflowing combined sewers spilling foul water on to land, water authorities created CSOs (combined sewer overflows) to discharge water into the nearest water source, generally a river or the sea. Where this would previously have taken place once every five years or greater, the severity of the weather is resulting in these CSO’s activating and discharging foul water with these extreme rainfall events, which can now be multiple times every year into the rivers and seas where people bathe, swim and fish.

By their very nature, SuDS (sustainable urban drainage systems) solutions such as green roofs and rain gardens are designed with capacity to store enough rain for a 100-year storm event (a flood event that has a 1% probability of occurring or being exceeded in any given year) plus an additional factor (between 30-55%) to mitigate the effects of climate change. From here, there are two possibilities for the stored water.

Ideally, the water will be infiltrated so that it’s never discharged into the sewers or rivers, where it will join the natural hydrological cycle. The SuDS system stores the water until it can be absorbed by porous material beneath, potentially topping up aquifers to then be treated and provided as safe drinking water. When the infiltration and water reuse is unachievable on a SuDS design, the water is discharged at ‘greenfield run off rate’, mimicking the rate that surface water would run off the top of a green field and making the water far more manageable than it otherwise would be, with a 95% reduction in speed and volume of the flow.

The environmental benefits of SuDS systems go way beyond their water storage capabilities, with vegetation improving the biodiversity in the area as well utilising some of the stored water in the form of evapotranspiration. Aside from the amenity and aesthetic benefits to this, the greenery also reduces the urban heat island effect where the predominantly black and grey structures in urban areas such as roads and buildings absorb heat, with town and city centres being up to 10°C hotter in summer than the surrounding countryside. In addition to the heat absorption, the entire root of the problem can also be mitigated, with a single tree absorbing anything up to 40kg of CO2 per year.

There is good news as it looks like there is light at the end of the tunnel. We’ve recently seen great initiatives in the UK with schemes such as Sheffield Grey to Green, the Sidmouth Flood Alleviation Scheme and Slow the Flow, showing that positive steps are being taken at a local level to improve specific areas. With more funding being made available by OFWAT, the Water Services Regulation Authority, the indications are that more water authorities are turning to SuDS systems to mitigate the effects of climate change.

A recent trip to Denmark proved to me that positive change is possible, as here the government has mandated that every new building in Copenhagen must implement a green roof by law. This is a drastic but positive action, with construction not slowing and more greenery being available to remove carbon from the atmosphere, aiding biodiversity and sustainable water management.

The responsibility now sits with national government, water authorities and local councils to implement legislation on a grander scale that will take positive steps toward fixing a problem that has spiralled out of control.

Action on climate change – what is the role for SuDS?

Posted by: Phil Williams, Head of Environmental Protection   The climate is changing faster than ever as a direct result of human activity, and we know that action is needed. With COP27 currently ongoing, the spotlight is on world leaders and the actions that will be taken at the highest level to tackle the multi-faceted […]

The Commercial Benefit to Multi-Use Stadia

Posted by: Greg Whately, Senior Technical Consultant   In order to maximise commercial success, modern stadiums are under pressure to be multi-use, hosting a variety of events in addition to their core purpose of being a home for elite sport. Opening facilities to the neighbouring community is also important, providing access for a wide range […]